The effects of chromatic aberration are more apparent in areas of high contrast that are near the edges of images that are captured with wide angle lenses. Wide angle lenses bend the light much more than telephoto lenses in order to capture a much wider field of view in front of the camera.

This more extreme bending of light is what separates the different wavelengths of light and causes them to strike different areas of your sensor. This is also part of the cause of decreased sharpness near the edges of your images that are captured with wide angle lenses.

Another way to combat chromatic aberration is to use high quality glass. The best possible glass in modern lenses use extremely high quality elements that produce very low dispersion. This means that they minimize the separation of the different wavelengths of light. Cheaper “kit lenses” and older lenses use fewer or lower quality low dispersion elements in the makeup of the lens. This is a real life case of getting what you pay for. High quality lenses are very expensive, but they really do produce superior results. The proof is in the image.

When you use a high quality lens and a small aperture the effects of chromatic aberration will be minimal. OBEO’s post processing does an amazing job in removing any remaining traces!

A special thanks to Kent Shelton, an OBEO photography partner in Utah. 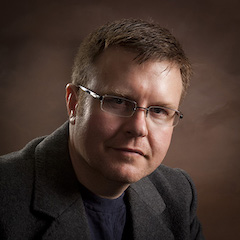